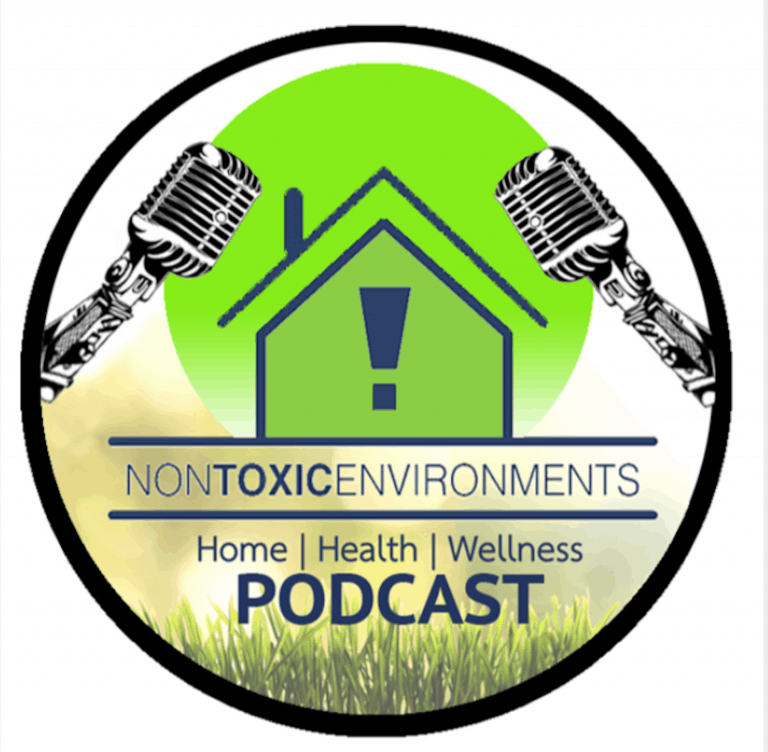 Healthy building expert Andrew Pace uses his 30+ years experience to produce this weekly podcast, dedicated to the discussion and education of home health and human wellness. With over 20,000 satisfied clients all over the world, Andrew has a keen awareness of the issues relating to chemical sensitivity, green building, mold remediation and toxicity reduction. As a healthy home consultant, Andrew continues to be sought after to assist on projects all over the world, but his true passion is to educate as many folks as possible, using this free platform. Andrew’s company GDC/Building For Health, continues to be the global leader of healthy home supply and education. Partnering with AFM Safecoat as their Master Distributor for North America, Andrew has opened up the availability for toxin-free paints and coatings through hundreds of retailers. Jay Watts, the VP of AFM Safecoat, is a frequent co-host of the program and brings his years of customer service and trouble shooting skills for all to learn from.

The pandemic has made raw material supply very very challenging this year.  So many of the new product offereings that we would normally launch in the beginning of the year have been pushed back. Today, Im focusing attention on a few new offerings at The Green Design Center and how these can make your home healthier.  Thanks for listening!

Thank you all for listening to the show…Jay and I are on vacation for a couple weeks to recharge.  Today’s episode is just a short synopsis of the year and what to expect from NTE in 2020. We’ll be back to you in a couple weeks!!

Andy: The busy construction season is starting into wind down and so is the year. So it’s a good time to reflect back on the year a little bit and put some ideas together for what’s to come in 2020 here on Non Toxic Environments. Hey folks, it’s Andy here, by myself this week. Jay’s taking a break and I’ll actually be taking a break myself. This week will be a shorter podcast. I’m headed out of town on a vacation. It’s been a while, been a while since I’ve taken a day off… It’s been been a busy year for us and for everybody, all of our clients, a lot of projects going on, a lot of new homes, a lot of remodeling and thought it’d be a good idea just to kind of reflect back on the year. More so talk about, what we’d like to accomplish in the coming year in 2020 and our third season of Non Toxic Environments.

Uh, you know,, it’s hard being a business owner. It’s hard to sometimes to take time off. And I know that everybody always says, you gotta have the work life balance. You have to make sure you take time for yourself. And it’s easier said than done. It’s difficult. Not because customers keep pulling me back in. I certainly don’t want to blame it on all of my listeners and customers and of course not. It’s because I let it happen. I let myself stay here longer and do more and try to do more for more people and, and it’s something I have to work on for next year. Hopefully next year will be a year of being able to be a little more balanced in that. And that’s one thing I’ll be working on.

But Jay, I also have ideas of new series. I know last year I even talked about doing a new series called Degree of Green, which is more of a regular industry show, where I talk about industry news manufacturers, new materials, new projects to focus on instead of being conversational like the show has been now for the last 80 plus episodes. We want to make it more of a news program and that’s still on the docket. That’s still on our list of ideas. It’s just quite honestly, folks, we’ve been overwhelmed somewhat with the success of the show. We’re not the one most popular podcasts on the list. Of course. You know, it’s a very niche topic with a very select group of listeners.

But you all are so loyal in listening that we are historically now in the top 20 to top 30 all time of Home and Garden shows on the podcast networks, which is remarkable for a show that is so niche about healthy homes and better building materials. It’s remarkable that we’re in the 20 and right now I think today, the 24th ranked all time Home and Garden show, which is really more of a testimonial to you all.

So today it’s just a quick show to let you know that we’ll be on vacation, on hiatus, for a couple of weeks. This show, just a quick one just to let you know, next week we will not be recording or releasing anything. The following week we’ll be back in and Jay and I will have some against some great topics. We’ve got a lot of good ideas for next year.

We’re actually interviewing some of our past customers, some folks that we’ve been working with over the year or the last couple of years in remodeling or building. We’re going to be interviewing them for the show so that they can, in their own words, give their story as to how, things went for them and you know, what their pitfalls were,  what to look out for. You know, it’s one thing for Jay and I as professionals to talk about this, but to hear from other homeowners who aren’t in the business, who had to learn everything, from the ground up. I think it’ll be really interesting for you to listen to. And so of course we’ll have other things that we’ll be doing. Again, the show is very conversational. It always has been. Jay and I put, we do put effort into deciding the topics and the things we’re going to talk about but we wanna keep it conversational. We don’t want it to speak from bullet points and we don’t want to just read a blog post that we’ve written because that’s not entertaining. We want to discuss things and talk about timely topics. So, we hope to do more of that next year and we’re really looking forward to another season of Non Toxic Environments. Between now and the end of the year, obviously we have some holidays that are going to get in the way that will also delay some episodes. But we’ll have several more episodes for everybody by the end of the year. Thanks again for listening all year. We appreciate your loyal listenership and and feel free to let families and friends know that our show exists. You know, there’s 80 plus episodes that you’ll, you can search through to find ideas and recommendations for things that happen in your home. We are so happy to be able to do this and, and excited for another fresh season coming in a few weeks. So folks, thank you very much again. We’ll talk to you all very soon.

This site uses Akismet to reduce spam. Learn how your comment data is processed.